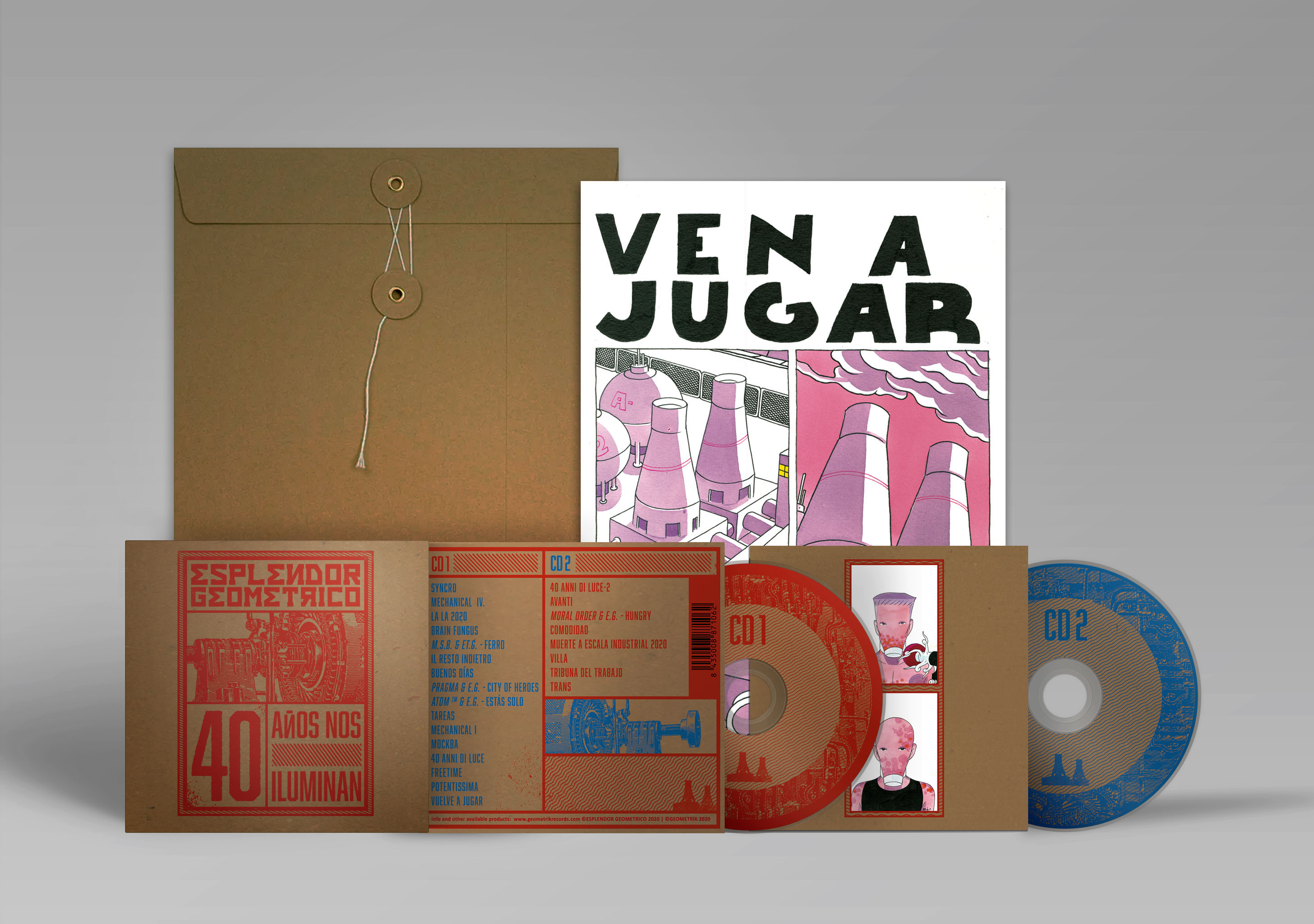 40 Años Nos Iluminan is not just another EG album, as they have reinvented themselves by taking inspiration from their own long career since 1980. The new tracks included in 40 Años… offer better sound and compositions full of details, sometimes subtle, opening a new path of exploration that goes beyond the typical current industrial music loaded with clichés.  Here E.G. experiment with noise, recorded voices, striking collages, and their trademark hypnotic rhythms of industrial trance. 40 Años… marks a turning point and an evolution for E.G. (which, however, still sounds like E.G.).

The album includes 16 NEW tracks in the double vinyl version and 24 in the double CD.  Four cuts are versions-reconstructions of old EG tracks by other artists.