A Winged Victory for the Sullen, "The Undivided Five" 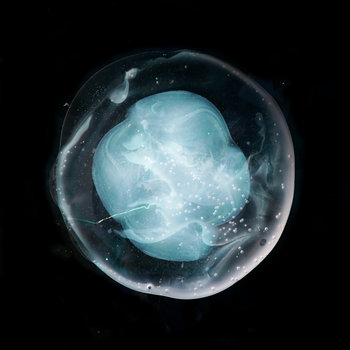 Purveyors of contemporary ambient and electronic inspired music, A Winged Victory for the Sullen make a bold return on new album “The Undivided Five”. The pair, made up of Dustin O’Halloran and Adam Wiltzie, have created iconic film scores and forward-thinking ambient groups, releasing a series of game-changing records for Erased Tapes and Kranky. On The Undivided Five they rekindle their unique partnership for only their second piece of original music outside of film, TV and stage commissions, creating an album that channels ritual, higher powers and unspoken creative energies. Their fifth release (following their debut album, two scores and an EP), they embraced the serendipitous role of the number five, inspired by artist Hilma af Klint and the recurrence of the perfect fifth chord.

This album sees them create bold new work built on their foundations in ambient and neoclassical. Since their 2011 self-titled debut, the duo have emerged as part of a much-lauded scene alongside peers like Max Richter, Hildur Guðnadóttir, Tim Hecker and Fennesz.

This album sees them pay greater heed to the small details in their sound than previously, something they say has been encouraged by the move to a new label. It’s been their first opportunity since their debut to create something that’s solely guided by their ideas, and it represented an opportunity to call back to that first outing while also building on the various ways in which they’ve grown. "We understand that times have changed," they say. "We have evolved, but we also didn't want to forget the beginning."

They channel influences such as Debussy, nodded to in the opening track, whose big chords and complicated arrangements inform a lot of their approach – parts that sound simple but require great skill to execute. Likewise, the artist Hilma af Klint – one of the first abstract Western artists – informed their ideas about drawing on spiritual influences to shape their work. "It's like an invisible hand guiding things," they say.

The start of recording sessions for the album were marred by the death of one of their closest friends. Within weeks after the funeral O'Halloran found out that he would be expecting his first child, and it was soon after that a visit to see the art of af Klint brought home a profound realization of life, death, the afterlife, and the spaces in between. She belonged to a group called "The Five," a circle of five women with a shared belief in the importance of trying to make contact with spirits, often by way of séances. This chimed with the duo's unspoken approach to collaboration, and nudged them to return to their writing process centered around the harmonic perfect fifth; the five senses, the divine interval – The Undivided Five.

The album was also shaped by the breadth of locations in which it was created, helping to shape its nuanced sonics. In addition to O'Halloran and Wiltzie's respective Berlin and Brussels studios, the record took shape across six different sites. They recorded orchestral samples in Budapest's Magyar Rádió Studio 22, re-recorded album parts in Brussels' Eglise Du Beguinage's unique, reverb-heavy surrounds (where Wiltzie has performed with Stars of the Lid and, in 2018, organized a tribute concert for Jóhann Jóhannsson), experimented with overdubs in Ben Frost's Reykjavik studio, and recorded grand piano parts in a remote woodland studio in northern Italy. The duo pay close attention to the micro-level of sound, and each of these places was chosen for the qualities which could enrich the finished product. And its in Francesco Donadello's studio in Berlin, where all of the previous AWVFTS material has been mixed, that the album was run through the studio's analog board, binding the record's different parts together.

It was their connection to Jóhannsson which partly shaped the direction of their new album. They were asked to create a remix for him, which he heard before his death in 2018, where they unlocked a new process in terms of how they work. They recomposed the strings, using modular synthesis, old synths and string and piano arrangements, a method they applied to album opener "Our Lord Debussy." "It's about going into the DNA of music and taking different strands," they say.
The album is their debut for Ninja Tune, and comes as change is underway for O'Halloran, moving from Berlin – hence the title of "Keep It Dark, Deutschland" – after a decade in the German capital. He's headed to Iceland, the country where the pair shot their latest press photos and which is an important locale for both of them. The wide-spanning connections which have shaped the record are testament to their deep roots as artists. This album's powerful energy is driven by the deep-rooted bond between them.