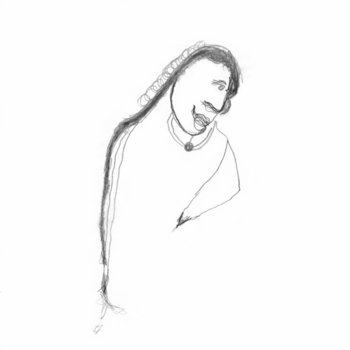 In Immobile Air is Abul Mogard’s new solo album since 2019's Kimberlin OST, an epochal assembly of widescreen ambient works made during lockdown in Spring 2020.

Master of harmonic empathy Abul Mogard makes an ever welcome return to Ecstatic with a suite of patented pathos for testing times, mostly generated from an old Bechstein upright piano built in 1891.

Inspired as much by the instrument's rich harmonic textures as the Italo Calvino short story that lends the album's track titles, In Immobile Air collects five works written by Mogard during the ill-fated Spring of 2020.

Thematically, the album dwells on Mogard's typical concerns with memory and states of mind, and comes to feel like the musical rendering of a soul preoccupied by their mortality.

As such, it can be read as a suite of instrumental hymns for a world coming to terms with its current condition and state of static unrest, evoking a stillness of air in its glacial movements while reflecting a gnawing sense of something impending. Yet, it's simultaneously and quite profoundly soothing in its widescreen harmonic shifts along the knife-edge between bliss and dread.

The album arrives after a pause in Mogard's prized oeuvre since 2019's And We Are Passing Through Silently with a humbly arresting presence that perfuses all of his best work and keeps his listeners rapt for more.

The handful of pieces speak to both the artist’s rich inner life, and the inner voice of his instrument. Using analog and digital equipment, he transforms the melancholic simplicity of his melodies into a quietly dreamlike space.

The title track lays out this bare aesthetic with wilting, elegiac notes that vaporize into a timbral thizz, before its brooding course takes in the oblique beauty of "Clouds" and tarry drones recalling recent Deathprod moves in "Black Dust." He finally emerges from the murk most poignantly with the clearer keys of "Sand," only to shore up somewhere more contemplative, abstract, in the low key magisterial expanse of "On a Shattered Shell Beach."

The drawings featured in the cover artwork were made by Marco de Sanctis at the same time as the music.

"I think of these drawings as images from his memory, snippets from his past, like Calvino's collection of sand," Mogard offers. "But perhaps they were just drawings."

It's no wonder that one of the world's most internationally renowned college radio stations is based in one of the world's most internationally renowned area for its colleges. Based in Boston, WZBC celebrated 30 years of groundbreaking radio last year (beat that, Resonance!). This week is the irregular pledge week and to support them, a video document of the 30th Anniversary Bash has been assembled from footage taken by students and DJs, edited by Jon Whitney and current WZBC Operations Director Amar Ashar. Performers at the bash included Keith Fullerton Whitman, Quasi, Lightning Bolt, Out Hud, Due Process, Jackie-O Motherfucker, Sunburned Hand of the Man, Tunnel of Love, Landing, Bardo Pond, Christopher Willits, No Neck Blues Band, Hella, and Nautical Almanac (many appear in this mini-documentary). Watch the video, then tune in afterwards at www.wzbc.org (or tune in if you're local) and hear for yourself! Support innovative non-commercial radio. Thanks!
13 Minutes, Quicktime Streaming Video