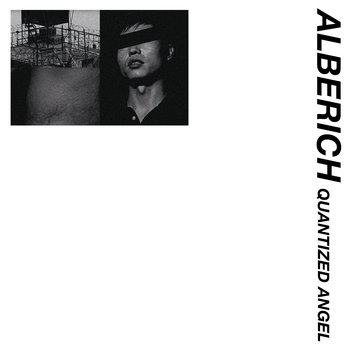 Few contemporary industrial acts are spoken of in such highly reverential terms as Alberich, the solo project of underground super-producer Kris Lapke. While Lapke himself may best be known for his production and mastering work, both for such diverse sounding acts like Prurient, Nothing and the Haxan Cloak to his audio restoration work for Coum Transmissions and Shizuka, Alberich has achieved a cult on par with many of the legends he works with.

Lapke's diverse contributions as a producer are recognizable for the perfect balance of maximalist and minimalist electronics that Alberich has relentlessly authored. Since Alberich's 2010 masterful and highly collectable 2.5 hour NATO- Uniformen album, he has become a powerful force of modern industrial music. With only a series of limited tape and split releases, fans have been waiting with bated breath for a true follow-up album. The first full-length Alberich album in almost a decade, Quantized Angel will be released April 12, 2019. In the intervening years between albums, Alberich has grown more nuanced, creating atmosphere and tension on par with Silent Servant's classic Negative Fascination LP in regards to production and attention to detail.

The results create a newly polished but no less intense vision of modern industrial music. Over the course of the album’s eight tracks, Alberich demonstrates a vision of ruthless existential electronics, a sound both commanding yet questioning in introspective spirit.