Thanks to everyone who participated in the rounds and we wish everyone the best for 2012. 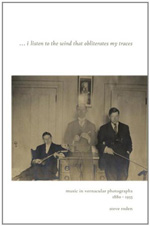 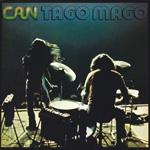 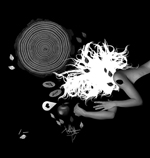 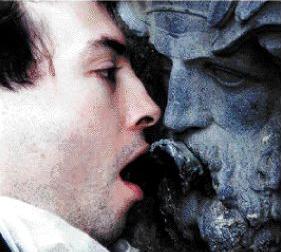 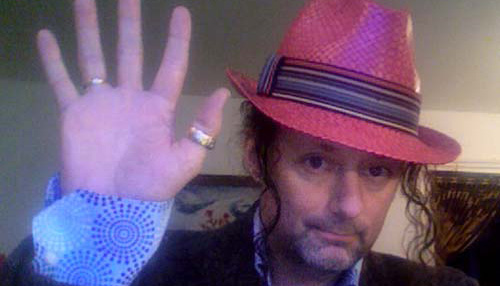 Over the last few years, I have had the pleasure of covering much of Current 93's music for Brainwashed and I cannot deny that every time a new release comes through my letterbox, I get that quiver of excitement I used to get so regularly as a teenager whenever my favorite band announced that they were releasing a new album/playing a show here/going to the supermarket/etc. David Tibet has created a musical oeuvre that out-strips most artists at any stage of their career; from the early noise and tape collage works (granted my least favorite of all Current 93's phases) through the golden, folky middle period to the hard rocking and transcendental big band of recent years, there is so much to take in and so much to love.

Honeysuckle Aeons from earlier this year (and its companion piece Drank Honeysuckle Aeons) brings a new light to Tibet's lyrics, the Coptic influences being born out more in the music.
As this album demonstrates, Tibet's influence goes far further than the music he has created. His scholarship (though largely in a field extremely remote from my own) is admirable and his work as an archivist and activist for unsung musical and literary figures knows few equals. Through his collaborations in Current 93 and his Durtro label I have discovered a whole world of musical loves and through his Durtro Press I have explored the works of authors that would otherwise have probably not popped up on my radar.

After traveling to London in 2010 to see Current 93 at their 25th anniversary shows, I can only hope that Tibet continues to have as much energy and enthusiasm for what he does. With his new project Myrninerest on the horizon, it looks like 2012 will fulfill that wish at the very least. I look forward to the new album and anticipate that the teenaged quiver of excitement will come over me again.

I feel like it is a bit premature to give David Tibet a lifetime achievement award, but I cannot possibly think of a more deserving person. For one, he's responsible for two of my favorite albums of all time (All The Pretty Horses and Thunder Perfect Mind) and has made a career out of constantly challenging and reinventing himself without ever losing any intensity, depth, or intelligence. On a deeper level though, he's simply a fascinating and inspiring person; the very antithesis of the mundane. He has always seemed to pursue a singular, uncompromising, and constantly evolving vision without much concern for what is currently unfolding in the cultural landscape. More uniquely, he has the conviction and gravitas to deliver lyrics that would bury anyone else in an avalanche of ridicule and make them meaningful and profound ("somewhere over the rainbow, on the Good Ship Lollipop," for example).

The icing on the cake is that he also has great taste and has worked very hard to disseminate many wonderful things that few others have noticed (or have forgotten about). I probably never would've given Shirley Collins or Simon Finn a chance without him, nor would I probably have ever even heard of Count Stenbock or Louis Wain. He's also made antiquarianism, dead languages, and gnostic studies seem extremely cool. Not many people can boast that. It is truly rare to find someone in the modern world with such a combination of artistic honesty, intellectual curiosity, and altruistic enthusiasm.

Sure, David Tibet is a long-time friend of Brainwashed and myself and there's a lot of Brainwashed readers who came to us because of their love of Current 93, but his contributions to music are much more vast than C93. David has performed the role of a professional music critic; ran a short lived fanzine; played in Psychic TV, 23 Skidoo, Nurse With Wound, and numerous other musical acts; has hosted guests like Nick Cave, Bjork, Sasha Grey, Marc Almond, Bonie Prince Billy, Christoph Heemann, Tiny Tim, Andrew WK, Ben Chasny, Clodagh Simonds, and countless more on his records and in his ensembles; publishes books; writes poetry; and has introduced the world to people like Antony and the Johnsons, Baby Dee, and others through his record labels. His love and support for music and literature is undying, bound to no single genre. He continues to be a force in the underground through his own music, which is continually evolving and transforming, and his generous support of the rare, noteworthy underdogs.

David Tibet expanded not only my musical universe but my literary life as well. When I started delving into the albums of Current 93, I looked up as many the references as I could find and read the books that he loved, from Russell Hoban's Riddley Walker (a big influence on one of my favorite Current 93 albums, Of Ruine Or Some Blazing Star) to Lautreamont's Maldoror and the dark joys of Thomas Ligotti. The same is true for his musical tastes. I can't hardly imagine what my own musical life as a listener would be like if I hadn't been turned on by Tibet to the wonders of Shirley and Dolly Collins, to Comus, the Incredible String Band, and so many others. Tibet simply has excellent taste.

Tibet has always pursued a very personal vision. In the course of sharing that vision though he has championed the work of so many other musicians and artists I can't count them on my fingers and toes. In doing so he has alleviated much of the worlds audio poverty.

I also continue to be excited about his work. I'm very much looking forward to reading the collected works of Eric Count Stenbock which Tibet has poured so much energy into collecting and editing. I am also always eager to learn more about his Coptic studies and his contributions in that field. David's hypnagogic visual art, all the tiny scribblings of many moons and thieves ascending from crosses, is also stunning. It is obvious that he works hard with no signs of slowing down. 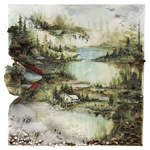