This compiles 14 rare tracks from innocent, energetic and progressive 1960s and early 1970s Cambodia; a time which Pol Pot and the Khmer Rouge (with plenty of help from Western friends) would attempt to obliterate.
Continue reading
Tweet
7941 Hits
Duncan Edwards

I long ago abandoned hope of a new Gil Scott-Heron record. Yet here it is: a delicate, intense, skeletal testament to his history, progress and survival. He covers Robert Johnson, Bill Callahan, and Brook Benton but this is a deeply personal album from which we all can draw hope; a beautifully convincing snapshot of an artist very much unbowed.
Continue reading
Tweet
8500 Hits
Duncan Edwards

On their third album, Trembling Bells explore traditional folk themes such as boozing, loneliness, landscape, mystical creatures and regret, with more modern and eclectic sounds. Their joyous approach to playing and singing is hypnotic and passionate with enough humor and raw edges to steer well clear of being over-sentimental.

This is Psychic Circle's oddest compilation yet. Cult actors and UK game show hosts mingle with ethnic novelties, opera singers, prostitutes and unknowns. The liner notes acknowledge some utter crap and complete nonsense within: welcome relief from talk of forgotten gems and legends which has set me up for disappointment with several of PC’s previous efforts.
Continue reading
Tweet
8804 Hits
Duncan Edwards 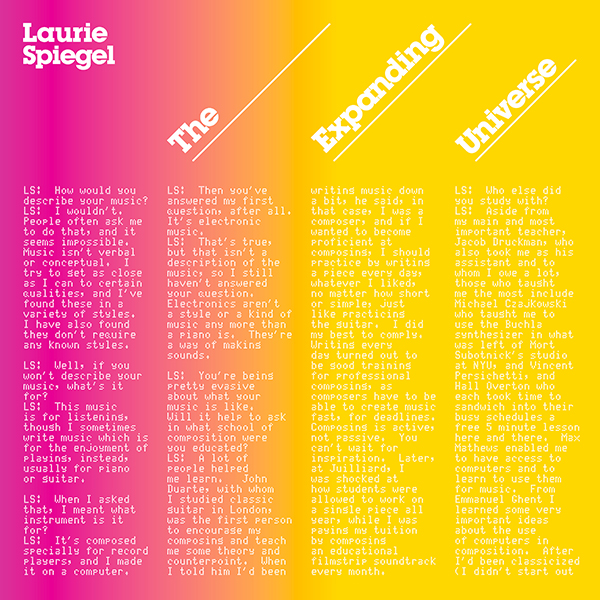 This is a terrific reissue of pieces Spiegel created at Bell Laboratories between 1974-77 when computers were as big as fridge-freezers. Included with her landmark 1980 LP are 15 superb additions, including the entire Appalachian Grove series and "Kepler's Harmony of the Worlds," her contribution to the golden record launched aboard the Voyager spacecraft.

"Take Me To The Water"

Take Me To The Water: Immersion Baptism in Vintage Music and Photography 1890-1950 is an astonishing document of 75 sepia photograph reproductions with a disc of 25 songs and sermons. As usual, the Dust to Digital label rises above concepts of social division and genre by including music made by both African-Americans and European-Americans. There's a primal appeal both to these sounds and to the haunting, almost other-worldly photographs.
Continue reading
Tweet
7027 Hits
Duncan Edwards

Ethan's third full-length takes inspiration from a roller rink and a Wurlitzer organ. Immersing himself in playing and repairing the pipe organ informs his updated sound manipulations with feeling for the older technology and balances melody with free-form flights. Oaks is alluring, impressionistic music that may prove to be a portal for those who have previously found such realms cold, shapeless and uninviting.
Continue reading
Tweet
4215 Hits
Duncan Edwards

Alex Neilson's name shouldn't be unfamiliar around here (drummer for Baby Dee, Current 93, The One Ensemble, and Jandek). The debut of Trembling Bells brilliantly blends ancient themes with individual concerns and traditional song structures with more modern twists. It has as a euphoric balance of dissonance and melody, fine musicianship, emotional conviction, and a sense of humor.
Continue reading
Tweet
14219 Hits
Duncan Edwards

Bernard Szajner is a significant and influential figure in the composition and performance of electronic music. He created Superficial Music mainly from recordings of his earlier album Visions of Dune; by reversing tapes, slowing to half speed, mixing and adding effects. The intriguing results sound harmonious, anxious, consistently stunning and emotionally involving. The 1981 release is now reissued with relevant bonus tracks and extensive liner notes.
Continue reading
Tweet
9626 Hits
Duncan Edwards

An hour of mostly solo cornet played in a French monastery might seem a strict challenge. And that's the point here as Rob Mazurek battles his more extreme urges on 11 compositions recorded at Fontevraud l'Abbaye and dedicated to the controversial Robert D'Arbrissel who founded it in 1099.
Continue reading
Tweet
7866 Hits
Duncan Edwards

Done right, calypso conveys succinct unpretentious pleasure. In the wrong hands, though, it can be murderously bad. Thankfully, there is no over production or lyrical inanity to interfere with the simple, timeless enjoyment of this consistent collection from 1950s West Africa.

Few sounds are as exhausting and as exhilarating as the voice of Carey Mercer. Whether with Frog Eyes, with myriad other projects, or solo, he conveys joy and bitterness, anger and bliss, with an allure and conviction few can equal.
Continue reading
Tweet
5297 Hits
Duncan Edwards

"Awake My Soul/Help Me to Sing"

Matt and Erica Hinton spent seven years making their essential documentary about Sacred Harp hymn singing. This companion set comprises the soundtrack of gloriously raw a cappela music from the film, with a second disc of interpretations by artists such as Doc Watson, The Innocence Mission, Richard Buckner, Woven Hand, and John Paul Jones. It is a win-win situation.
Continue reading
Tweet
10748 Hits
Duncan Edwards

23 Skidoo's debut has been given another chance with this much deserved reissue. Their sinister ethno-funk industrial-dub blueprint remains an essential listen and their suspicion of commercial success seems both quaint and prophetic.
Continue reading
Tweet
14705 Hits
Duncan Edwards

Apparently they do make them like this anymore. A mere 38 years after it was begun; Fotheringay's second album is released. Another chance to hear the voice of Sandy Denny, famously described as like 'a clean glass in a sink full of dirty dishes.'
Continue reading
Tweet
15845 Hits
First Page Previous Page 1 2 3 4 5 6 7 8 Next Page Last Page

Brainwashed Celebrates 5 Years of The Eye

While the big boys are finally getting around to producing visual content, in May Brainwashed enters its sixth year of original video content known as The Eye. To celebrate we have two new segments this week, the Portland Oregon-based White Rainbow and Valet. Both leaders, Adam Forkner and Honey Owens, respectfully, have notable resumes in other groups, and both have new albums out now on Kranky.