Death and Vanilla, "Are You a Dreamer?" 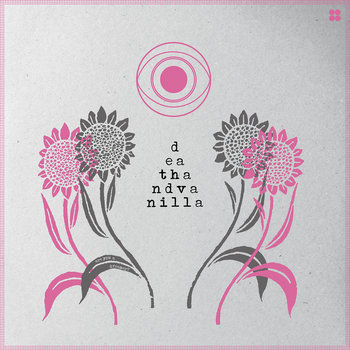 There's something about the Swedish city of Malmo that doesn’t add up.

Named the "happiest" city in Sweden in 2016 (who gets the job of judging these things?), Malmo's DNA contains a "none-coding" strain that reveals the city's penchant for a world more studious, fashioned in a vintage era, telescoped by pop culture that arrives via the TV-approved bridge that connects it to Denmark. Surely, it can’t be the same place.

Marleen Nilsson, Magnus Bodin and Anders Hansson of Death and Vanilla couldn't come from anywhere else. They are dreamers, antiquarians, music-obsessed individuals, lauded by the media for their last album To Where The Wild Things Are from 2015…

"Lush and enveloping, reminiscent of Curt Boettcher and Margo Guryan." The Wire

The trio's love of all things "old" is well known – they've tinkled ivories, played vibraphone, recorded with a Sennheiser microphone and a nod to everything from Fun Boy Three to Orchestre Poly Rythmo de Contonou, while still roaming somewhere between an ambient Eno and Cocteau Twins at a late-night soiree.

Prior to recording their new album Are You A Dreamer?, they scored several soundtracks, that process undoubtedly influencing the new album's dreamlike euphoria built with added mellotron and affected electric guitar. Expanded with bass and drums in their quest for the grail, Death And Vanilla's songs are longer; more plush and pampered; more hypnotic and haunting.

Are You A Dreamer? is melancholy at its most refined, riddled with super-memorable motifs and melodies that nestle in reflective echo. Death And Vanilla are an alluring confection, hard to resist and wantonly moreish as Marleen Nilsson’s sepia tones are embraced by the trio’s gorgeous arrangements and intricate ambience.