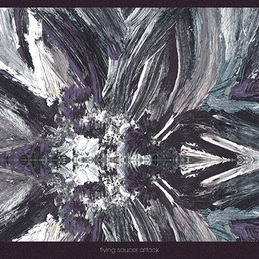 Flying Saucer Attack release Instrumentals 2015, their first album in 15 years on Friday the 17th of July 2015. Comprised of 15 fresh David Pearce solo performances recorded in characteristically lo-fi manner at home, using guitars only on tape and CD-R, Instrumentals 2015 is an album that will appeal both to FSA diehards and those wholly unfamiliar with the outfit's recorded output.

The 15 tracks on Instrumentals 2015 present an impressionistic narrative which transports the listener through the excoriating dronescapes and rueful introspection of the album's early pieces to the more redemptive cadences of its closing half. Given its sense of momentum, maintained through Pearce's thoughtful sequencing, this is an album that should be experienced in its entirety, the better to appreciate its deliberate emotional arc.