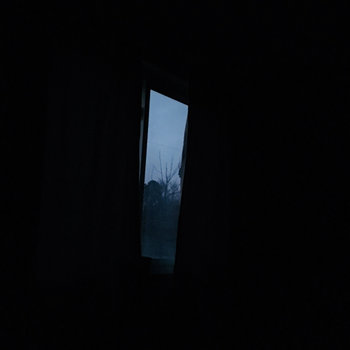 Passageways is John Daniel's most personal work to date. An ode to his childhood home - a secluded apartment complex in Cleveland that his parents managed - Passageways refer to the various connecting hallways running between rooms as much as it refers to the way the passing of time overtakes our perception of spaces that seemed to be endless corridors into discovery and imagination. Passageways is full of submerged melodies, gentle pulls of surging tonal shifts that arc, shimmer and fade into the dark purple hue of the album's shifting overtones. The album rides the line of decaying drones that recall the best of Basinksi or Belong's October Language.

Passageways is a record about my childhood home.

The "passageways", in this case, are partially referring to hallways.

I grew up in a unique environment - a quiet and secluded 3-story apartment building in the west suburbs of Cleveland. My parents managed the building so our family had two apartments, eventually right next to each other. As a young kid I would adventure around the apartment building and its surrounding property, thick woods and greenery were behind the building and felt like an endless backyard. I attribute much of my early imagination and creativity to this place.
My folks will be moving away in the next few years as my Dad plans to retire, so I'm planning on leaving a copy of the record with the building, hidden somewhere. I had lived in that building since I was 4 years old - the idea of your home no longer being there is strange, but change is necessary. This home was simply a "passageway" into the life that I live now- I believe it was instrumental in becoming an artist.

This is my folk record in a way. It is not musically obvious, but more in terms of how I approached the writing: A sense of sentimentality about home, about a place and time.

My first instrument (outside of the drums) was an acoustic guitar, and that's how I started out making solo music. I eventually learned that I wasn't a guitarist and sought more minimal, simple ways of making sounds. But that's really where things started, so I've always felt a connection to that type of music, even in these days of electronic music. I also think there's an idea about electronic music being a bit evasive or emotionally inaccessible at times, or lacking personal transparency. I wanted to challenge expectations of an ambient record by framing it how I would have 10 years ago. This is a development in a side of Forest Management that I've only recently begun to feel, and am doing my best to roll with it.