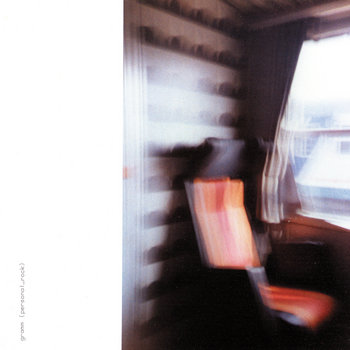 Twenty years ago, Jan Jelinek's debut album Personal Rock was released by Source Records. Under the pseudonym Gramm, it brings together eight tracks that have not been available on vinyl since their original release. Faitiche is very glad to announce the re-release of the album: Personal Rock will appear as a double LP featuring the original cover artwork.
What people wrote about Personal Rock two decades ago:

"Situated somewhere between Jelinek's much-loved Loop-Finding Jazz Records, Farben, Move D's Conjoint project and Atom Heart's most immersive work for Rather Interesting, it is a late-night album full of subtle production tricks and melodic House structures that belong to the pre-millennial IDM heyday, but which transcend its overly-masculine templates.” (Boomkat)

"Though many producers have pushed forward the clicks-and-cuts style of experimental ambience developed by German experimentalists Oval (among others), few have been able to match their knack for making abstract cuts into pieces of undeniable beauty. Jan Jelinek's first LP as Gramm is one of the precious few, and it is obvious from the opener." (AllMusic)

"Organized in organic structures and minimal movements, the tracks get into utopian states and super-desirable moods, offering superior contentedness and dependable taste of the kind seldom sustained for a whole album. (...) Subway-Escalator-Soul." (Spex)