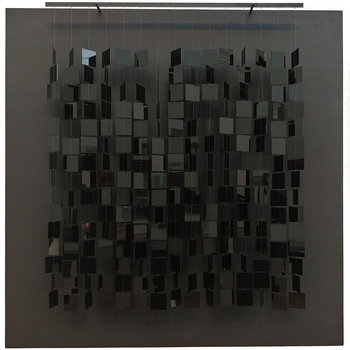 As we approach the 20-year anniversary of the breaking of ground on the "Playthroughs" systems, I have begun performing the piece again on request, first at the Kranky 15th Anniversary party in Chicago, then at l'Auditori in Barcelona, finally picking up again for a trio of performances in late 2018, two of which are presented here in their unexpurgated states, exactly as they were performed & intended, with the "live to semiconductor" signals mixed with their in-situ environmental ambiances.

The settings of these two improvised performances; specifically, the Modern Art wing of a European Museum, then an outdoor floodplain in rural Western Japan flanked by mountains in all directions, couldn't have been any different, and so these two stagings, specifically, run at opposite sides of the possibility-sets of the piece: placid, calm, measured (Nantes) then wild, risk-enabled, chaotic (Naeba).

In addition to the two continuous performances, each broken up into three indexed "episodes", I'm including 10 still images taken during the time surrounding the performances, to give you further context on the music & its whereabouts.