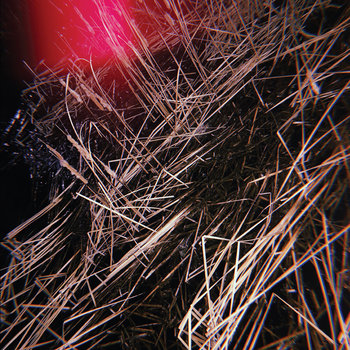 Moran and Prurient first met in 2018 and the two bonded over an unlikely composite of piano, drone and noise synthesis (Moran from John Cage, while early Prurient tapes cut-up Erik Satie).

A leader in the realm of prepared piano, Kelly Moran quickly drew attention for her massive and seamlessly complex juxtapositions of plucked icy melodic sequences and deep sub bass compositions, culminating in a stunning 2018 LP, Ultraviolet.

Shattering genre, Moran culls from a broad palate of classical, post-minimalism, ambient and other forms to free the piano from convention pushing high and low frequencies through electronic pairing and coupling. Recorded at her home in fall 2018, Moran’s split side showcases the composer’s prepared piano treated with delays and granular synthesis over a heavy wash of droning, arpeggiating synthesizers.

Kelly Moran speaks of her music and as movement on the psychedelic path and the interior, while Prurient's noise derives nearly exclusively from dissociative and nightmarish imaginations.

This is the meeting of psychedelia and anxiety disorder, but the opposing morphosis is ultimately one creation of "classical doom electronics."