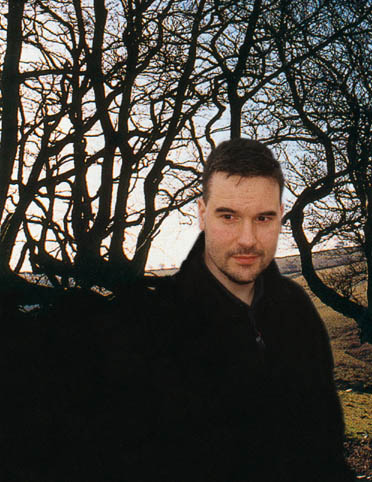 ST: It's often said that two things push music forward - new technology and new drugs. Completely true in Coil's case! By the time we were into the LSD sessions, the club scene was intensifying; ‚ÄòE‚Äô and acid-house were more and more prevalent in the gay scene. The background thump was moving from House to acid and then techno. There was some overlap between the sounds being used in this new music and the bleepy synth/bludgeoning rhythm side of TG, so I think Geff and especially Sleazy were intrigued by the way wider pop culture was beginning to sound indebted to TG's sound.

Compositionally, there were two ways of getting involved. One was to be present at the demo stage when early song structures were being put together (which happened with me on the previous albums), but in the case of LSD most of the backing tracks were made by Sleazy in advance. The other way was to make suggestions about how to ‚Äòguide the ship‚Äô once it was moving. That was more my involvement on LSD. What is this thing? How can we mutate it? How can we give it new shapes and contours? Does it need a drunk Mexican prostitute rapping on it?

ST: I pretty much like it all, with the exception of "Things Happen," which sounds a bit half-baked, and "The Snow," which sounds bland to me and always did. Knowing what I know now, I would love to get my teeth into "Further Back and Faster" and have a stab at a new version - even though it's one of the highlights I still think it could go ‚Äòfurther‚Äô!

ST: Both are ‚Äòcanonical‚Äô really. The LP version was planned and timed and laid out ahead of the CD version, but the longer running time of the CD meant we could add more playful elements, with reprises, false fades etc. One's the ‚ÄòStandard‚Äô edition and one's the ‚ÄòDeluxe‚Äô, I guess.

"Teenage Lightning 1"/"Teenage Lightning 2"
A huge buzz to work on, a really pleasurable part of the album. Being an early Roxy Music obsessive, I always wanted us to get the VCS3 out of the cupboard if possible: Jhon and I did two takes of guitar through the VCS3 synthesizer; on one take I played guitar and he twiddled the synth, and on the other take vice-versa. I think the basis for the track came out of discussions we had about the limitations of what people were starting to call ‚Äòdance music‚Äô, and how we wanted to involve Latin rhythms, not just a boom-boom-boom-boom four-four beat.

"Things Happen"
The guests are good, Annie Anxiety and Charles Hayward were both vital to it. Annie came through Geff and Sleazy, I'm not sure how they first met but they knew each other already. She asked for a bottle of Tequila, and that's how she worked her way into the role she plays on the piece. All gone by lunch-time! I suggested we approach Charles. I think Geff and Sleazy were a bit wary of him because he was regarded as a bit of a ‚Äòlefty‚Äô but I pushed for him because I thought This Heat were so incredible. Geff loved some This Heat too, especially things like "24-Track Loop," and we would both listen to the Health & Efficiency 12" at maximum volume round at Beverly Road. Sleazy wasn't so sure. Then Charles came in, marched into the drum booth, set up, and started pounding and racing around the kit, at which point Sleazy was beaming. He started sampling him on the fly, which is where the drum loops for ‚ÄòScope‚Äô (from the Shock Records 7") came from.

"The Snow"
I was a bit of a curmudgeon about¬† it. A session guy from the studio next door came through while we were mixing it and said, being very friendly, wow this is cool, would you like a little keyboard soloing on it? Geff and Sleazy were on ‚ÄòE‚Äô, I think he may have been smoking. So they said yes and he did this very accomplished sort of jazz-fusion keyboard solo that fitted perfectly. Nothing against the guy, but I wasn't in that space really, that sort of 'hey, we're all on drugs guys, this sounds mellow, how about if I jam with you?‚Äô vibe. I thought the session players next door ought to have been closing their doors to blot us out! I was gunning for speed a lot more than ‚ÄòE‚Äô and of course it's a very different head space. I think his is the best bit, these days.

"Where Even the Darkness is Something to See"
One of Sleazy's sly surprises... he just pulled this alternate take out of the air, using what was then brand new time-stretching software to create that ‚Äòwading through heavy atoms‚Äô feel at the end.

Greg Davis, Ben Vida, and Keith Fullerton Whitman each have new albums on Kranky and are on the road, touring and playing together as a trio for the first time. While we settled on the name of this Eye segment as "Nightcrawlers," rejected titles included "Menage a' Beard," "Friends That Play Together Stay Together," and "Banjovi." Hopefully we can look forward to an amazing album from the three eventually.