Matteo Uggeri - The Next Wait 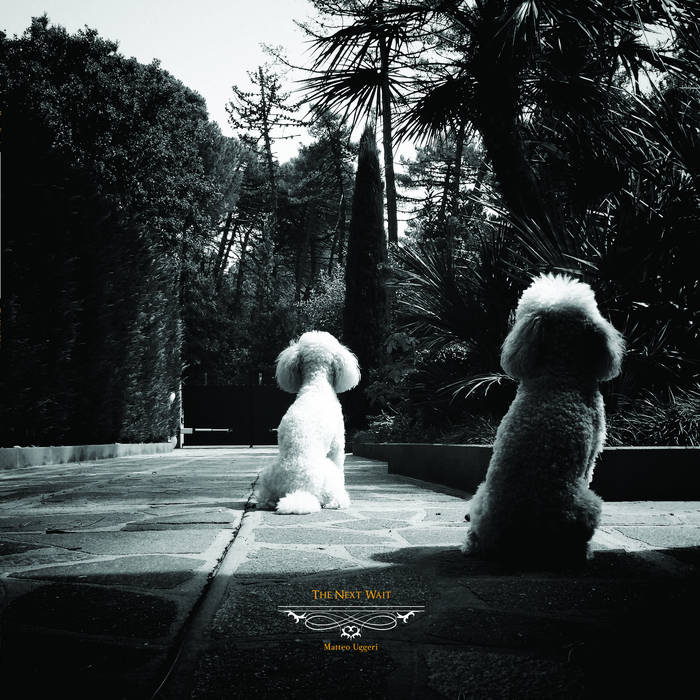 In 2013 my wife Gaia was pregnant. We were then waiting for our first born to come, expected for November of that year. A few little obstacles and troubles occurred during the nine months, so my anxious nature at the time generated in me the need to somehow express the feelings in a record, where I conveyed the worries that a father, especially a musician that needs his own moments for playing, may have in terms of an expected potential future lack of time and energies.

I also decided to involve fellow musicians I got to know at the time, like Maurizio Abate (guitar), Enrico Coniglio (guitar and organ), with whom afterwards I would have made full albums - but you can find here the first traces of our collaboration. There were Andrea Serrapiglio (cello) and Cristiano Lupo (bass), that I knew for quite some time, and featuring female voices. I asked Dominique Van Cappellen-Waldock (that I discovered through her marvellous presence on a Doug Sharin solo album) if she wanted to sing on a track, and she did, providing her own lyrics. The American singer Jenny Oakley, aka Empty Vessel Music, did the same on track one, as well as a glitching sample from Nicola Ratti is also featured.

The central piece of the whole album can be considered “Family Man”, a sort of cover from a song by Black Flag, totally reversed by my wife Gaia Margutti. She re-interpreted the lyrics her own way, and she performed it in an unforgettable session of home recordings, with my daughter Olivia, now finally born, hanging from her neck.

Indeed, the album took quite a long time to be made, and then the ‘wait’ was over, transformed in the new life we were all three now living together.

The second half pieces, actually a long track sliced in three parts, are dedicated to this transition period, where also tensions in the family are occuring. The tracks are built on a piano melody provided by the Japanese artist, Mujika Eisel, that collaborated with me on a previous album.

Now it is 2019, and not only is Olivia 5 years old, but also Nora was born, in March 2017. This album, is now dedicated to both of them, and can in a away, be perhaps considered a bit too ‘direct’, (as a Henry Rollins song!) but it’s for me a sincere expression of feelings and sensations. The concept of waiting can be interpreted in different ways, and anyone can ask himself what the two dogs in the front cover (kindly provided by the Italian photographer Adriano Zanni) are expecting to come.

Anyway, the album is finally released, thanks to the generous and neverlasting effort of US label Infraction, available in the three formats of LP/CD/DL, with an additional 7” containing two outtakes entitled “After the Wait” (exclusive to physical formats only), when the new life was becoming a new set of routines.

I even made a video in 2018, featuring - guess who? - my family. It can be seen on Infraction Bandcamp and on my website as well.

I hope that this long pathway of experiences, feelings, music and visual art will be shared with careful listeners all over the world. - Matteo Uggeri

Each LP is housed in a Stoughton tip-on style heavy sleeve. The 7" is a clear vinyl.

250 copies of full-length CD. The first 100 copies will contain a bonus CDR with 2 exclusive tracks (entitled 'After the Wait'). The CD will be housed in a Stoughton style mini-lp gatefold sleeve.