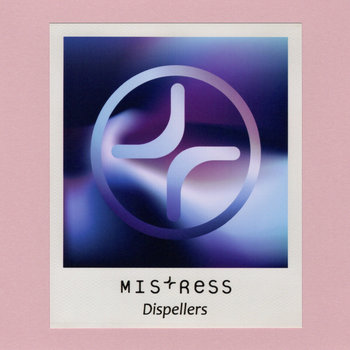 Sound In Silence is happy to announce the addition of MIS+RESS to its roster of artists, presenting his new album entitled Dispellers.

MIS+RESS is the ambient solo project of Brian Wenckebach, based in New Jersey, USA. He is also known as one half of electronica/shoegaze duo Elika, experimental/electronica duo Thee Koukouvaya and lately as member of Measured, a new collaboration project along with Evagelia Maravelias, the other half of Elika, and electronic producer and latter-day Tangerine Dream member, Ulrich Schnauss. To date MIS+RESS has released an album on Somewherecold Records in 2017 and a self-released EP in 2018.

Dispellers is Wenckebach’s second release on Sound In Silence after the, already sold out, mini album Witches’ Jelly by Thee Koukouvaya, his other project along with John O’Hara, back in 2015.

Dispellers is a gorgeous collection of eight calming compositions, centered on ambient atmospheres and dreamy soundscapes. Utilizing mesmerizing melodies and blissful layers of delayed guitars, loops of ethereal textures, heavily processed with reverb and a variety of other effect pedals, Wenckebach creates one of his finest works to date. Dispellers is a wonderful album of nostalgic and emotional content, highly recommended for devotees of Michael Brook, Daniel Lanois, The Durutti Column and July Skies.