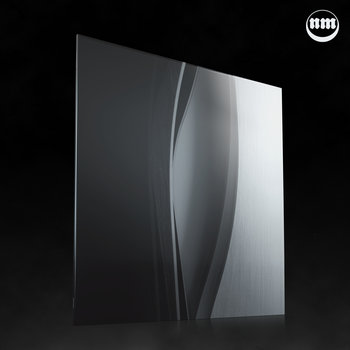 "My Disco finally unveil their debut album for Downwards, a brilliant rendering of concrète/industrial styles recorded in the same Berlin studio often frequented by Einstürzende Neubauten, Pan Sonic and Keiji Haino, somehow channeling the spirit of all three. It's an intensely rich and wildly unexpected trip that takes in the ragged intensity of Suicide alongside gong recordings and a kind of isolationist ambient spirit that resides somewhere between Selected Ambient Works Vol II and Raime.

Environment finds My Disco in the midst of deep synth despair, leaving behind the gnashing guitars in favour of cold metallic percussion and gloomy pads reverberating in derelict, factory-like space. Gutting out the driving, mathy repetition of their prized early work (2010's Steve Albini-produced "Young/You" is a favorite of Karl O’Connor/Regis), the Melbourne-based trio now recall the ungodly offspring of Raime and Swans, operating with an increased appreciation of space, rhythm and tone that will shock even the hardest to please explorers of avant-rock and industrial fault lines.

In no uncertain terms, its 8 tracks plumb the depths of a foul mood, strafing thru a series of antechamber-like stations like some inelegant beast encumbered with clanking manacles and ankle restraints. Thanks to the visceral, vivid nature of the recording and production, the devil lies in the synaesthetic sonic/visual detail, riddling a mostly wordless narrative that perfectly says it without saying it.

Biting down first with the jagged metallic klang and gnawing drones of "An Intimate Conflict," the album continues to fetishize both bleeding-raw and cinematic themes thru the torture chamber ambience of "Exercise In Sacrifice," and the red-lining tone poem "Act," leading into belly of the beast bass growls on "Rival Colour," before the dissonant, keening might of "No Permanence" calves off into a closer to end all closers, with the band's Cornell Wilczek feeding Buchla Easel tones into the empty tank strikes and fetid atmosphere of "Forever" with a febrile effect worthy of Rainforest Spiritual Enslavement.

By any measure, Environment is one of Downwards’ most singular albums, and a must-check for disciples of proper, unheimlich sonics. Trust it’'l wipe that art school smirk right off your mug."

Well, there's a few reasons we've got a second part to this Eye special: 1.) is that Jon's overseas right now and can't produce another episode of The Eye right now; 2.) there was a ton of footage and some of it included some really great songs; and 3.) well, Low just deserve it! So, here's another part to the Low Eye special: this one, however doesn't have multiple camera shots and has longer answers, so it might be best for the super dedicated fans who are patient and like the band an awful lot.
40 Minutes, Quicktime Streaming Video