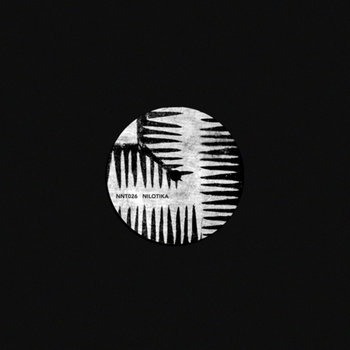 Massive 2-tracker debut EP by hard-hitting Nilotika Drum Ensemble on their ancestral Bugandan percussion. Formed 11 year ago in Kampala, Nilotika have been a staple of Nyege Nyege parties since day one as well as forming the core of the more recent Nihiloxica project. Consisting of seven drummers under the leadership of Jajja Kalanda, Nilotika lure us into a mesmeric sonic kingdom dominated by furious beats against dense and complex polyphonic textures. Played with unrelenting energy and innate power over a repetitive trance-inducing structure both tracks are an urgent exploration of different rhythmic territories through intricate patterns, rapid undulations and haunting build-ups that command you to groove and dance. The first track, "Ejokawulida," is based on rhythms of Iteso traditional music from the eastern part of Uganda, whilst "Kekusimbe" is inspired by a variant of Bugandan traditional music called Bakisiimba.