It is with great sadness that Brainwashed has learned of Peter 'Sleazy' Christopherson's passing.

Christopherson passed away quietly in his sleep at his home in Bangkok on November 25th, 2010. A book of condolences has been set up at unklesleazy.tv.

Peter Christopherson wrote, on July 31, 2010, in response to his interview in The Quietus:

"we are all only temporary curators of our present bodies, which will all decay, sooner or later. In a hundred years or so ALL the humans currently alive will have died. I take great comfort in knowing, with certainty, that thing that makes us special, able to enrich our own lives and those of others, will not cease when our bodies do, but will be just starting and new (and hopefully even better) adventure...

Sleazy will be remembered for his fruitful music career with Throbbing Gristle, Coil, SoiSong and The Threshold HouseBoys Choir as well as his visual work as a music video director, photographer and his stint with design company Hipgnosis. His work frequently was outside the bounds of normality and indeed challenged the very idea of normality. His art touched us all and his innovative and free approach to music cannot be denied.

"Our dearest beautiful Sleazy left this mortal coil as he slept in peace last night.words cannot express our grief."

Chris has also posted the following on his blog:

Over the 30 odd years we knew each other mine and Cosey's relationship with him got closer as we grew older and spent more time together - lately comparing our various ailments and aches & pains, or the latest Apple gadget. There was (there is) nobody else on this little blue rock that I shared such disparate and diverse interests with, no one.

I last saw Sleazy about a week ago, just before he left for home to his beloved Bangkok. He was clutching a bag full of Apple goodies and he never looked happier or, ironically, healthier. He had new schemes and plans for X-TG's future and was looking forward to finishing the Desertshore project and playing us rough mixes of "his baby". He gave Cosey and me each a kiss and one of his infamous 'bear hugs', jumped in a waiting taxi and was gone‚Ä¶ forever.

To quote the same movie three times (including the title):

"I've seen things you people wouldn't believe. Attack ships on fire off the shoulder of Orion. I watched C-beams glitter in the dark near the Tannhauser gate. All those moments will be lost in time... like tears in rain..."

"The light that burns twice as bright burns for half as long - and you have burned so very, very brightly‚Ä¶"

Chris and Cosey released an expanded statement this evening on the Throbbing Gristle site:

"Peter Christopherson, affectionately known as Sleazy, died peacefully in his sleep on the 24th of November at his home in Bangkok, Thailand.

The music and art world has lost a great talent whose unique approach ignored the conventions of the day and often challenged the status quo.

Sleazy‚Äôs playful and inspiring creativity saw him pushing boundaries as a musician, video director and designer throughout his life. He had recently returned to Thailand from Europe, where he had played a short but spectacular series of live shows as a member of Throbbing Gristle and in the newly formed trio X-TG with Cosey Fanni Tutti and Chris Carter.

Sleazy's visual art career included work as a member of the influential British design agency Hipgnosis, creating iconic record sleeve artwork in the 1970s for Led Zeppelin and Pink Floyd and, later, Factory Records. He took the first promo photographs of the Sex Pistols, created a highly controversial window display for Malcolm McLaren and Vivienne Westwood's clothing shop, SEX, and went on to design the logo of the hugely popular fashion company, BOY. In 1976 Sleazy met Cosey Fanni Tutti, Chris Carter and Genesis P-Orridge and together they formed electronic music provocateurs Throbbing Gristle and Industrial Records, creating one of the first independent record labels of the era and laying the foundation for a new genre of music. The band was infamously described in the Daily Mail by Tory MP Nicholas Fairbairn as "the wreckers of civilisation".

TG ceased operations in 1981, after which Sleazy formed Psychic TV with Genesis P-Orridge and they produced two albums. The second, Dreams Less Sweet included his future life partner Jhonn Balance as a member, with whom he went on to form Coil and to release an extensive body of work up until Jhonn's passing in 2004. Subsequently, Sleazy left the UK to live in Bangkok, Thailand and to continue his artistic and musical vision in the guise of The Threshold HouseBoys Choir and Soisong.

Following their original break-up, Throbbing Gristle's legacy steadily grew within the music and art world, leading to their reformation in 2004 and a series of sold-out performances, including in Tate Modern's Turbine Hall.

At the time of his death, Sleazy was in the midst of assembling what was to be Throbbing Gristle's next project: a cover version of Nico's Desertshore album.

Sleazy was a kind and beautiful soul. No words can express how much he will be missed. 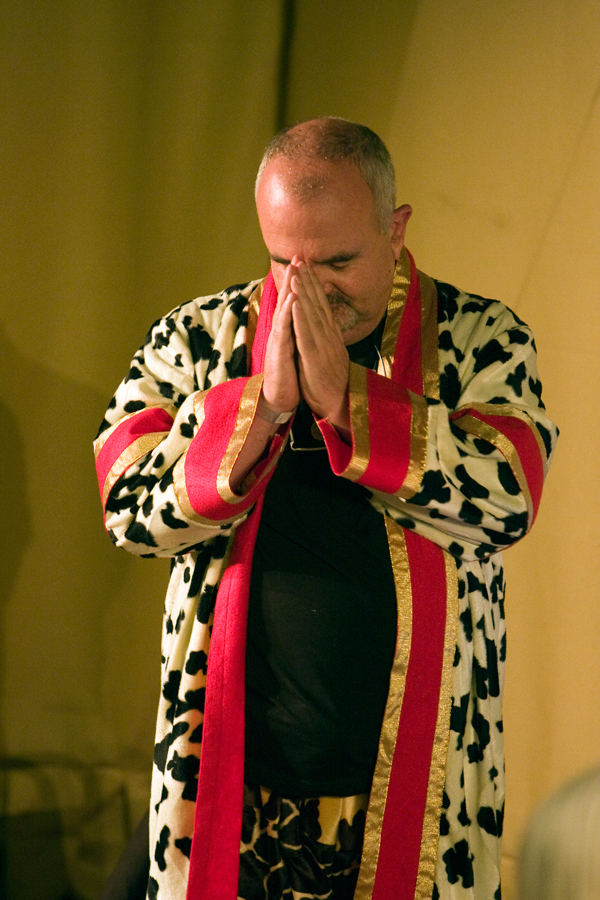 However, as sad as his death is, it is impossible to not be affected by Sleazy's optimism and his music in recent years strove towards happiness and positivity.¬†After the loss of Jhonn Balance and the end of Coil, Sleazy's relocation to Thailand gave him the spiritual and emotional boost he needed to create new, even more personal music.¬†His performances as The Threshold HouseBoys Choir celebrated life and living just as his work with Coil celebrated a life less ordinary and the freedom to be your own person. Most recently, SoiSong and X-TG (the remains of a divided Throbbing Gristle) seemed to be opening new avenues to his music, his creative energies never seeming to dim (even if he got easily sidetracked).

In an interview with The Quietus earlier this year, Sleazy reflected on his own life and work:

"I just try to continue to live my life honestly and happily, helping local people where I can, bringing when I can, any new found knowledge or insight to the western public via music or art. If sometimes this means sticking your head over the parapet, or even "going over the top", I try to do so when it's safe (and legal) but we owe it to the people who were in this foxhole before us, to do our bit for our comrades in arms."

An update to the SoiSong blog on myspace reads as follows:

"Just like to many of you, it is very hard for us at SOISONG to express how deeply we are saddened by Sleazy's sudden departure. He w