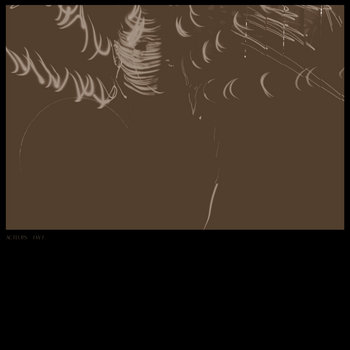 A year on from their Public Information debut, Chicago duo Jeremy Lemos and Brian Case return to the fold with five new pieces of exquisitely produced wave-funk-techno-noise-electronics.

It takes great skill to pull off a three-minute electronic drone-grumble to kickstart your new record. Lemos and Case have it in droves. The tension is jet-black, loaded with friction. Modular energy pulses in and out, in and out. Then suddenly Case takes to the microphone, snarls and spits “Hey Bullfighter, read about you in a book...”

I W I finds Acteurs in a more assured, confident, angry mood than their debut. The signifiers are there – claustrophobic Ike Yard glare, Factory Floor throb, Diagonal abstractions – but we now have a bold swagger, stomping triumphantly into frightening new space. The crushing late-song collapse of "Honey Bear" is a breathtaking wall of clatter and noise that Tim Hecker would blush at. The loopy saw-tooth menace of "River Card" is as strange as anything they've done and the pummeling title track could easily shatter those murky dancefloors of strip-lit basements where people from the future dance in amongst the normals; machine drums puncturing the smoke, ear damaging feedback rattles the walls, torn Moog shapes cutting chatter to zero...end of night.