The band started as Jeanette & das Land Z in 1981 with a 7“ on Konkurrenz Rec./ Phonogram which included two cover versions (a piece from a weird science fiction TV series soundtrack and a sixties Grand Prix Eurovision number one hit). The 7” became an underground hit.

The band then changed their name to Bal Paré and begin recording independently.  The band name was based on the song "Es war beim Bal Pare" from the German chansonette Hildegard Knef, which was a musical influence beside bands like Kraftwerk, Depeche Mode, Erasure, Yazoo, etc.

The first Bal Paré LP, Hamburg-Paris-Catania, was released in 1982 on Konkurrenz Records. Since they had a large fanbase in Sweden, the second release (Metamorphose) came out in Stockholm on the Krautrock label.

Shortly after, the band experienced a major line-up upheaval.  There were many tracks produced during this time that ended up unreleased. Much of the material from this selection of tracks were culled from those unreleased sessions (which were later collected on the “Best of” CD-only release in 1996 on Tatra Records).

The original two LPs are long out-of-print and demand very high prices on the collectors market. This is the first time this collection has been reissued on vinyl.

The opening track "Rien" is a perfect display of what synth pop is modeled after: rich lead synth textures, male/female interplayed vocals, and electronic percussion. Though the entire record flows with ease and captivates the listener from beginning to end, other stand-out tracks include "Palais d’Amour," "Die Idioten," and "Meilleur Du Monde." This collection is absolutely crucial for fans of early new wave such as Deux, Moderne, Performance and other similar acts of the genre.

The tracks have been lovingly restored by Matthias Schuster. 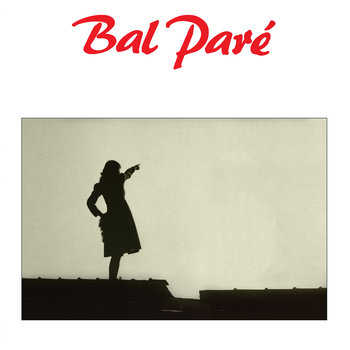