Hamburg's Marc Richter has been busy since his last Type appearance (2009's genre-bending and critically acclaimed Alphabet 1968).  Aside from helming the prolific Dekorder imprint, he's put out a number of musical curios, including 2012's excellent film soundtrack EARTH.  Now Richter is back with Alphabet 1968's proper followup, a sprawling double album pieced together with crumbling samples, vocal snippets and an arsenal of noise generators and filters.

Richter's material has always been characterized by an air of surrealism, but it's never been more obvious than on the pulsing, chattering opener "Human Gidrah" or in the delirious fractured pop of "Hands."  There are real songs in hidden somewhere, but disintegrated by Richter's sound manipulation techniques and dissolved into soupy extended drone marathons. The centerpiece is undoubtedly "Is Nowhere," which builds slowly over 20 minutes with rumbling organ sounds and buzzing filters, never budging your attention for a second.

Black To Comm is a deeper, more challenging record than its predecessor, but one which repays the patient listener. Richter's dusty, unique sound has never sounded more well-honed and pointed, and it's a patchwork of ideas and fragments that only improves over time. 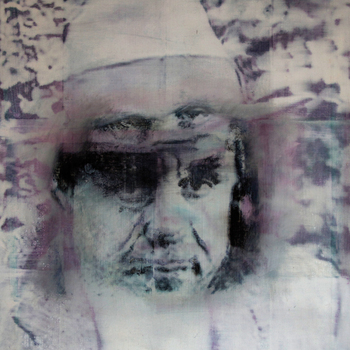