Dalhous, "Visibility Is A Trap" 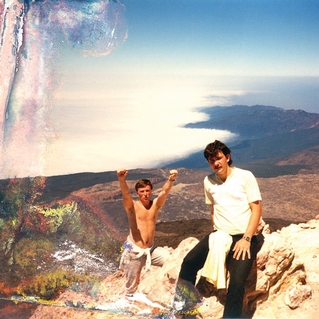 Visibility Is A Trap is the new EP by Dalhous, comprised of four originals together with a masterfully understated Regis remix of "He Was Human And Belonged With Humans."

The EP heralds the arrival of the Edinburgh-based project's sophomore album, Will To Be Well, due out on Blackest Ever Black in early Summer 2014.

Dalhous first announced its existence in 2012 with the Mitchell Heisman 10", and last year released its debut full-length: An Ambassador For Laing.  Both Visibility Is A Trap and the upcoming Will To Be Well LP reflect writer-producer Marc Dall's continued interest in the language and imagery of self-help, R.D. Laing and the anti-psychiatry movement.

Though recorded after Will To Be Well, the tracks on Visibility Is A Trap at first appear to have more in common with the blue ethereal drift of Ambassador.  While "Information Is Forever" and "A Change Of Attitude" are firmly in the ambient mode, "Active Discovering" fizzes with arpeggiated energy, and a battery of percussion disrupts the calm surface of "Sight Of Hirta."  Something is up.  Things are not as they seem.

The Regis remix of Ambassador highlight "He Was A Human And Belonged With Humans" finds Karl O'Connor in unusually pensive mood.  In fact, it's fair to say that this near-beatless, dubwise version is unlike anything he has put his name to before.  Discarding the rhythmic skeleton of Dalhous's original, he gives the weeping saxophone more space to roam and resonate, adding off-beat, sleep-deprived keys, murmured vocal fragments and swells of sub-bass pressure.  It could be construed as a love letter to his former home in West Berlin; certainly it evokes and effortlessly updates the drugsick grandeur of later Neubauten or Low side 2.