Jason Lescalleet, "Much To My Demise" LP 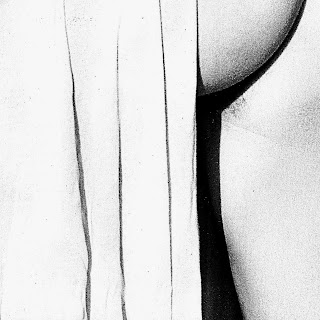 Kye is proud to present Much To My Demise, the brand new solo LP by Jason Lescalleet. Since establishing himself as a preeminent voice in contemporary electro-acoustic study, Jason Lescalleet has, through his solo work and in collaboration, exploded the notion of what is possible within the realm of tape-based music. His recorded catalog acknowledges a diversity of application, from lo-fi reel-to-reel soundscaping and work for hand-held cassette machines, on through to digital sampling and computer generated composition. Lescalleet's live actions further expand his ouevre to include work with video, dance, performance art and multi-media concerns.

In recent years Lescalleet's work has done much to explore the theme of loss and decay as sound - Another Example Of Parkinson's Law (2001), "Ineinandergreifen" and "Untitled (from 2002's Mattresslessness) and The Pilgrim (2006) all hold the concept of senescence at heart. Much To My Demise carries the motif of decomposition further still.

Recorded and constructed solely with analog sources, Much To My Demise showcases the result of a three-month process in which pre-recorded reels of tape were transported outdoors, buried in soil and encouraged to corrode. The reels were then excavated, and their resultant signals transferred and edited to form an apparitional triptych of faded gesture and mood.  Much To My Demise shows Lescalleet at a new creative peak, crafting a music that is equal parts comforting and haunting, and allowing us access to secret world of sound hidden in plain sight.