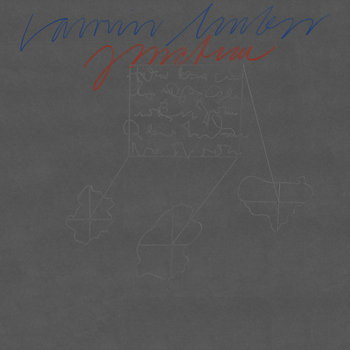 Laurin Huber is a prolific figure in the Swiss underground for experimental music and arts. He has been active as a musician and producer in a slew of projects like Wavering Hands, Frederik or legendary Swiss institution Krankenzimmer 204. Having just released his first solo release under the R.E.R. moniker on the label Edipo Re, co-founded by Huber and frequent collaborator Rolf Laureijs in 2016, he now presents his first album under his given name.

Thematically, Juncture is perfectly in line with Huber’s approach of thinking globally and acting locally. Highlighting the singularity of specific musical concepts while embedding them firmly in a collaborative network has been the crucial guiding principle in his work for Edipo. The four tracks on Juncture aim to work with "superimpositions, interactions, interferences and modes of co-existence," as Huber explains. "I'm generally interested in thought that tries to look at the world beyond dualisms," says the artist. "Contemporary feminist theory and philosophies of difference, the critique of dualities such as nature/nurture, body/mind, object/subject or anorganic/organic are therefore important reference points."

On a musical level, this means working with overlaps and interfering layers, field recordings as well as synthesizers and the experienced drummer's knack for intricate rhythms. Over the course of more than half an hour, the producer brings together dreamlike synthesizer pieces with stripped down mid-tempo techno pieces, feverish echoes of industrial music and swelling sounds that are juxtaposed with subtle rhythmic counterpoints. In a world in which dualities reign and polarization increases both socially and culturally, Junction serves as an invitation to deconstruct binary thinking by affirming the coexistence of allegedly opposed elements. It does so with striking emotional ambiguity, sometimes lulling in its audience with soothing sounds and in the next challenging them with an ominous atmosphere.