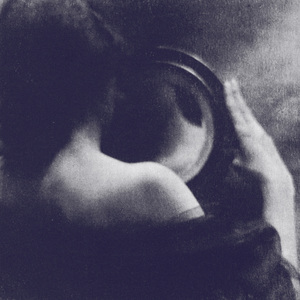 Wilderness of Mirrors is the new album from Lawrence English. It is two years in the making and the first album created since the release of his 2011 ode to J.A Baker’s novel, The Peregrine. It is English’s most tectonic auditory offering to date, an unrelenting passage of colliding waves of harmony and dynamic live instrumentation.

The phrase, wilderness of mirrors, draws its root from T.S Eliot’s elegant poem "Gerontion." During the cold war, the phrase became associated with campaigns of miscommunication carried out by opposing state intelligence agencies. Within the context of the record, the phrase acted as a metaphor for a process of iteration that sat at the compositional core of the LP. Buried in each final piece, like an unheard whisper, is a singularity that was slowly reflected back upon itself in a flood of compositional feedback. Erasure through auditory burial.

Wilderness Of Mirrors also reflects English’s interests in extreme dynamics and densities, something evidenced in his live performances of the past half decade. The album’s overriding aesthetic of harmonic distortion reveals his ongoing explorations into the potentials of dense sonics.

“During the course of this record,” English explains, “I was fortunate enough to experience live performances by artists I deeply respect for their use of volume as an affecting quality, specifically Earth, Swans and My Bloody Valentine. I had the chance to experience each of these groups at various stages in the making this record and each of them reinforced my interest in emulating that inner ear and bodily sensation that extreme densities of vibration in air brings about.”

The album is moreover a reflection on the current exploitation of the ideals of the wilderness of mirrors, retuned and refocused from the politics of the state, to the politics of the modern multiplex. The amorphous and entangled nature of the modern world is one where thoughtless information prevails in an environment starved of applied wisdom. Wilderness Of Mirrors is a stab at those living spectres (human and otherwise) that haunt our seemingly frail commitments to being humane.

“We face constant and unsettled change,” English notes, “It's not merely an issue of the changes taking place around us, but the speed at which these changes are occurring. We bare witness to the retraction of a great many social conditions and contracts that have previously assisted us in being more humane than the generations that precede us. We are seeing this ideal of betterment eroded here in Australia and abroad too. This record is me yelling into what seems to be an ever-growing black abyss. I wonder if my voice will reflect off something?”

Wilderness Of Mirrors is reflection upon reflection, a pure white out of absolute aurality.