Nowherians, "That Is Not An Acceptable Lullaby" 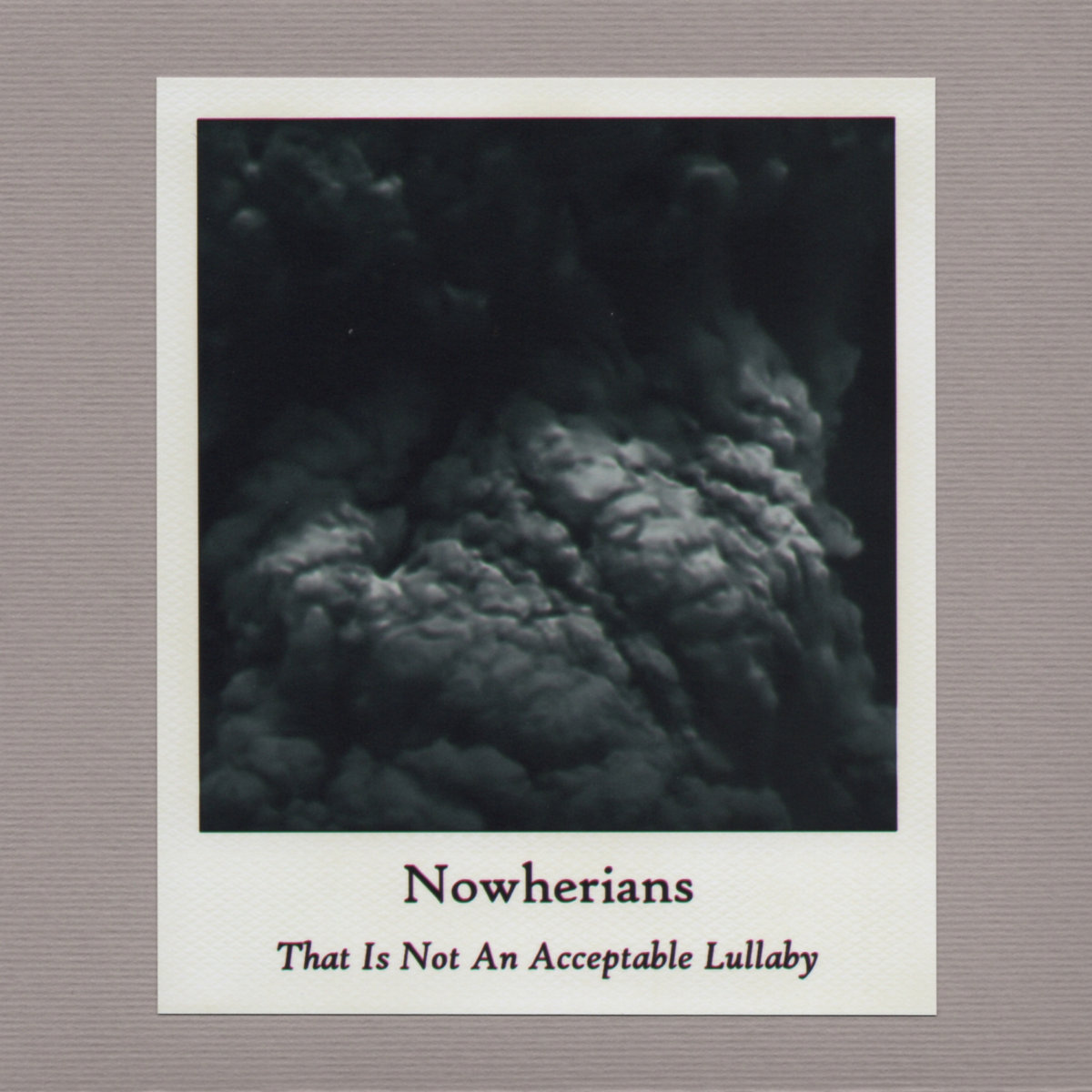 Sound In Silence proudly announces the addition of Nowherians to its roster of artists, presenting his official debut album That Is Not An Acceptable Lullaby.

Nowherians is an alias created by Crawford Blair, a musician/sound designer who is most well known as a founding member of the band Rothko, a band entirely comprised of three bass players, who coalesced at an unlikely and opportune moment in North London during the late 1990s. With Rothko he released several albums, EPs and singles on labels such as Lo Recordings, Bella Union (the label of Cocteau Twins' Simon Raymonde, with whom they collaborated too) and others, as well as 7” split releases with artists such as Four Tet and Tarentel amongst others, before their original lineup disbanded in 2001. Years later, in 2010, Blair alongside Mark Beazley (also founding member of Rothko) formed Rome Pays Off, at start as a duo project, then later expanded into a trio when Chris Gowers (Karina ESP, Lowered) joined them. Blair has also been a member of several other bands in the late 1990s and 2000s such as Geiger Counter (along with Jon Meade, the third founding member of Rothko, amongst others), Foe and High Above The Storm. Since the early 2010s and under the alias of Nowherians he has released some tracks on various compilations and an unofficial self-released, digital only, compilation of stray tracks in 2012.

Since a move to rural Norfolk in 2018, he has been involved in various musical gatherings and collaborations. These recordings, begun during the spring of 2020, developed from a love of the composer William Byrd and by looking into some of his choral pieces, extracting lines as chords to be used as seeds for further pieces, mostly keyboard sketches. This then led to more thematically similar tunes and with the influence and remote help of fellow musicians Elise Bjarnadóttir (violin, vocals), Olrun Bjarnadóttir (cello, viola), Matthieu Reifler (violin, trumpet, vocals) and Jason Emberton (mastering) throughout the summer months, it was finally finished that December. During that period Blair watched documentaries and read about the eruption of Mount St Helens in 1980, it became an inescapable companion to the making of the album and influenced the sounds, shape and names of some of the pieces.