Starting as an imprint solely for Perc's own productions, Perc Trax has grown in recognition and confidence each year since its first release in 2004. This year Perc Trax celebrates its tenth year of existence, during which time it has released over seventy vinyl singles and six albums, hosted showcases as far away as New York and Tokyo and recently spawned the Submit and Perc Trax Ltd. sublabels.

To celebrate a decade of releasing music, Perc Trax looks to the future, releasing eleven brand new tracks from a mix of Perc Trax regulars including Truss, Forward Strategy Group, Sawf and Perc himself and names new to the label such as Clouds, Happa, Kareem, Drvg Cvltvre and Martyn Hare. These new tracks will be released as three separate vinyl EPs and will also form part of a 2xCD album. The first disc containing the new tracks, whilst the second disc is home to Perc's first commercially available DJ mix. 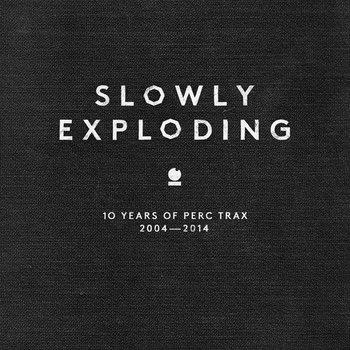