Rachika Nayar, "Our Hands Against the Dusk" 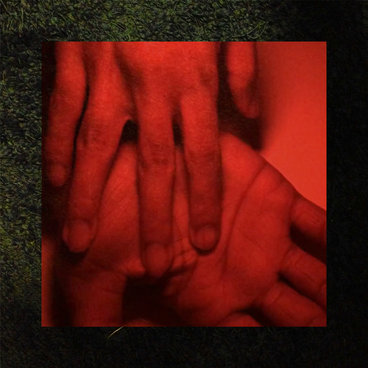 The debut full-length from ambient-electronic composer Rachika Nayar, Our Hands Against the Dusk, is both kaleidoscopic and inventive, but far from cerebral. In mid-2019, the Brooklyn-based artist chose the cover image (a video still of her hands entwined with a friends') from an old collaborative project. Along with its title lifted from a Richard Jackson poem, the image of "touch" references deeply (inter)personal experiences that animated the album over the four years it was written: not just caress, but encounters and collisions.

Her compositional process similarly begins with a moment of touch: her fingers on the fretboard. Songs are built from guitar loops that are then digitally processed into endless new shapes as they are combined and threaded through multiple genres and emotions.

Nayar grew up exploring musical worlds ranging between modern composers, Midwestern emo, uplifting trance and beyond. The diverse influences are visible on longer tracks such as "Losing Too Is Still Ours," which extends from rippling guitar figures and keening vocals to methodic, marching strings. The song title stems from a Rainer Maria Rilke poem of great personal import. Other songs wind through their own images and cultural iconography, forming a poetic web. The ghostly hazed "Aurobindo," for one, references an Indian yogi at whose Pondicherry ashram a family member had a moment of Hindu "darshan."

For Nayar, the album's fluid but always deeply felt form is thus a way of translating that which could never be summed up with static names, words, or feelings. It is her way of navigating the many communities, musical and human, through which she’s passed as a trans feminine Indian-American. Rejecting the easy reduction of her project to an "identity politics narrative," though, she takes that understanding as one of many in a stream of perspectives that shapes her life, and her music suggests the same.