Robert Aiki Aubrey Lowe has been through many shifts in his musical career, from playing with influential Chicago rockers 90 Day Men and forging haunting vocal drones as Lichens all the way to becoming a member of transcendent rockers Om and collaborating with Lucky Dragons and Doug Aitken, and Timon Irnok Manta marks the beginning of a brand new stage in his process. Recorded under his full name and based on fabled British science fiction series "The Tomorrow People," the record establishes Lowe’s format perfectly, with a single mantra-like piece followed by a 'version' in classic dub fashion."‘M'Bondo" follows closely in the footsteps of Lowe's recent slew of highly limited private-press releases, taking tumbling electrified rhythms and setting them up against slowly modulating analogue patterns, gradually building into something even more revenant. A far cry from the maximalist synthesizer music that has come to represent the norm, this is bass-heavy and precariously stripped bare, leaving only skeletons of influence and form.

On "M'Bondo (version)" we are given a closer look into Lowe's wide range of influences as he touches on Aphex Twin's Selected Ambient Works II, early Popul Vuh and Rhythm and Sound in one fell swoop. The basic building blocks of the original track are still present, but graced with Lowe's unmistakable voice and punctuated by warbling tape hiss and chilling echoes. This is a brave step from one of the most compelling voices in experimental music, and the beginning of what promises to be a very rich musical seam. 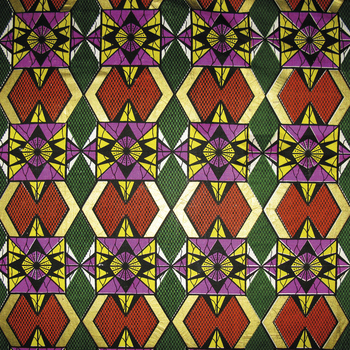