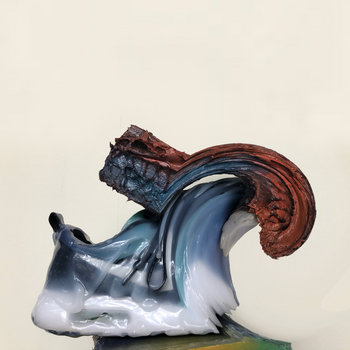 In 2010, after some lengthy debates about the role of the machine-generated pulse in the development of music, legendary composer and improvisor Bob Ostertag sent me a collection of recordings made with his Buchla 200E modular analog system and asked: "Would people dance to this? Could this be considered techno?" "Not really," I said. "But I could probably turn it into techno with a little work." It was only after completing the remixes and sending them to the Sandwell District label that I realized this was the birth of a new project, and gave it the name Rrose. Since then, I have completed 18 additional remixes spanning over 90 minutes, which I have assembled here as both a compilation and a continuous mix. These include two additional remixes of Bob Ostertag (using his 1977 piece "The Surgeon General" as source material) and two upcoming remixes (available in mixed form only), one for the French artist Electric Rescue, and the other for an upcoming release on Eaux by the Brooklyn-based artist Lori Napoleon aka Antenes.