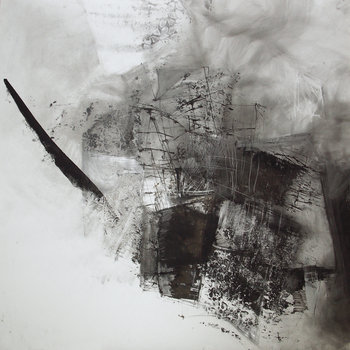 The Letdown from multi-instrumentalist William Ryan Fritch kicks off Lost Tribe Sound's new label series "Built Upon A Fearful Void." The series introduces fifteen new albums to the label's roster over the next year, five of which will come courtesy of Fritch, including a new release as his alter ego, Vieo Abiungo.

The Letdown is a record better identified by the vibe it creates rather than a particular genre or style. It's dirty, unapologetically loud and charmingly haphazard. It's the sort of self-educated, non-jazz record that critics of Moondog would have written off as impure. Frankly, we're good with that. The strength of the record lies not with any collegiate-level classification, but in its ability conjure moods that just feel good, are instantly familiar and invite a certain nostalgia. The gritty, noir side of it, brings to mind the old black and white detective stories. The jovial, 1920's romanticism, lends a bit of class and gives the sense that even though everything is falling to shit, we are going to power through it with a bit of song and dance.

Whatever one happens to take away from this album, The Letdown is meant to be fun, help the whisky burn just a bit less, and keep the blood flowing. Read into it too much and you might spoil it. Guaranteed it is unlike any Fritch record to date.