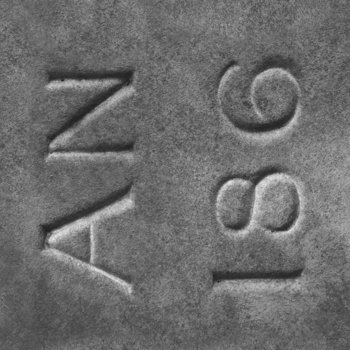 Richard Skelton has spent the last two years living on the rural northern edge of the Scotland-England border, a boundary demarcated by various watercourses - among them the Kershope Burn, the Liddel Water and the River Esk. This hinterland topography has informed a series of musical recordings which, in their brevity, stand in stark contrast to the longform compositions for which he is more usually known. Nevertheless, there is a sense that these twelve miniatures are fragments of a larger whole, such is their unity in tone and timbre.

In some ways, Border Ballads can be seen as a revisiting of certain compositional processes first encountered on Marking Time, over a decade ago. The sparse, overlapping bowed notes, for example, or the solitary, bell-like piano. But there is something different at work here. Whereas Marking Time felt aeolian, shifting, fleeting, this new work, with its persistent cello undertow and its low, tremulous viola, feels telluric, grounded, earthen. Perhaps Border Ballads can be seen as the embodiment of a desire for certainty after a prolonged period of upheaval, but that ever-close riverine border, at once both fixed and fluid, is a disturbing presence. A darkness that cannot be ignored.