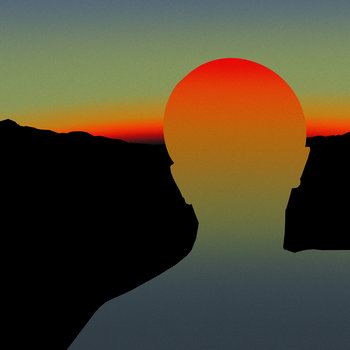 Umberto is an artist whose work is distinctly cinematic. Composer Matt Hill's performances and delicate compositions taken together have the cumulative ability to surprise. Hill, whose Umberto moniker is an homage to director Umberto Lenzi, is an experienced and active film composer, most recently scoring the film All That We Destroy. In addition to film and commercial work, Umberto has released a number of lauded solo recordings. Hill's compositions stand apart as beautiful as they are impenetrable, with pulsing synths that hint at 80s slasher films while pensive string passages evoke emotions without being sentimental. On Umberto's Thrill Jockey debut Helpless Spectator, his haunting music is otherworldly and affecting alike, leaving the listener with an unsettling and profound air of mystery.

Umberto's early recordings harken back to classic synth-driven sci-fi and horror soundtracks. Helpless Spectator uses synthesizers in an entirely different manner. Cold, looming monolith tones are now warm, softer pads that envelope the listener while guitar, cello, banjo and pedal steel add movement and light. Still, Hill unsettles with his arrangements and melodic phrasing. As a composer, Hill has moved to more extensive use of live instrumentation. In addition to playing guitar, bass, and piano himself, Hill worked with fellow composer and recording artist Aaron Martin who played cello and bowed banjo on the majority of the album. "Idaho Joe" Winslow’s pedal steel guitar adds depth and subtle countermelodies to "The Higher Room" and "Leafless Tree."

The name Helpless Spectator is taken from the Julian Jaynes book The Origin of Consciousness in the Breakdown of the Bicameral Mind. Hill was taken with the concept Jaynes set out to disprove that "Consciousness can no more modify the working mechanism of the body or its behavior than can the whistle of a train modify its machinery or where it goes." The darkness and obliviousness inherent in this concept, the notion that while we perceive control, we are not in control, serves as a great metaphor for the contrasts of Umberto's music. Warm tones and nuanced arrangements with cello and pedal steel are not typically the instruments of dread, yet Hill achieves a creeping undertone of dread with his deceptively complex pieces. Musical figures both melodically and rhythmically simple intertwine, build, and collapse upon one another. The dissonant tensions that steadily grow rarely completely resolve; rather they dissipate into a new set of questions. Unexpected shifts and turns in even the most tender movements of Helpless Spectator are inflected with a contemplative melancholy and fragility.

Umberto makes masterful use of varied textures throughout the album, blending supernatural effects and grounded instruments to create distinct atmospheres. Helpless Spectator is inquisitive and moving in equal measure, an album of somber elegance and delicate arrangements whose cumulative effect of unease is entirely unexpected.