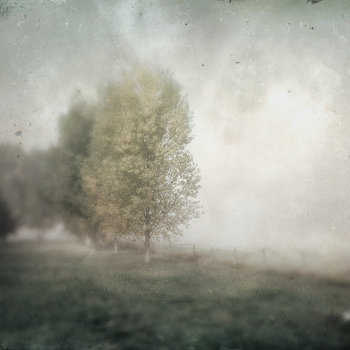 Most of those familiar with Fritch know only of his albums as a singer songwriter or genre-elusive multi-instrumentalist, which truly represent a small fraction of the depth and range of his work. Deceptive Cadence gathers the most remarkable and memorable pieces from Fritch's vast catalog of film compositions. Rather than filling up two volumes with half- assembled film cues and fragmented themes, Fritch has gone to great lengths with Deceptive Cadence to make sure both volumes tell a story, build themes, and create a satisfying full album experience as good as any movie they may have come from.  While this music once graced a particular film, show, or commercial, it has all been reimagined, reworked and made whole in post-production to complete the epic narrative of Deceptive Cadence.

Even fans who remember the release of Music for Film Vol. I in 2015 will be in for a serious treat. Rather than simply reissuing the album alongside the newly minted Volume II, Fritch dove back into the first volume, carving away the fat, leaving only the most breathtaking pieces from the original and replacing the rest with assuredly more mature and enduring compositions. The results of this care are astounding. Keeping in place the emotional sophistication and poise of the original, Fritch seamlessly entwines new classical motifs into the existing, enhancing everything for the better. It has provided Volume I with a newfound sense of regality, romance and legend.

While Volume II compliments Volume I exceptionally well, much of the music was selected from more recent films.  Volume II eagerly shares the progression of Fritch's work over the last few years, reveling in a newfound subtlety, patience and confidence as his skills as a composer have advanced. There’s a more minimal and spatially aware approach at play here. Quiet and unhurriedness become the heroine of the story. With Volume II, Fritch has been consistently practicing his craft, refining his unique minimalist/maximalist approach to better support the emotional impact of the lead melodies. Dispersed sparingly throughout, are some of the most long-form ambient classical compositions of Fritch's career, offering a wonderful chance for listeners to become immersed in waves of drone-like strings, submerged piano melodies, and light-bending arrangements. Volume II undeniably deepens the well of talent and world-building that Fritch has shared with us thus far, and binds together multiple film works into a complete and captivating whole.