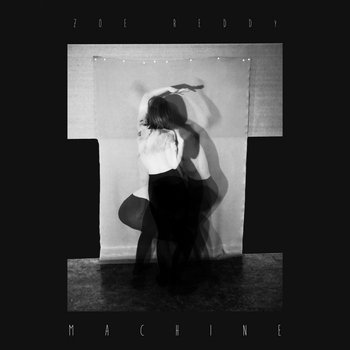 Named after and inspired by the rhythmic qualities of everyday motorized objects, Machine acts as a soundtrack to the 21st century life in which we are so surrounded by and immersed in technology as to become deaf to its sounds. Captivated by this constant generation of non-musical sounds, Reddy recorded washing machines, blenders and other motorized objects about the house to form rhythmic foundations to her songs. Using these starting points, the record took shape as a meeting point of electro-acoustic sound processing, electronic production, and Zoe's love of dance music.